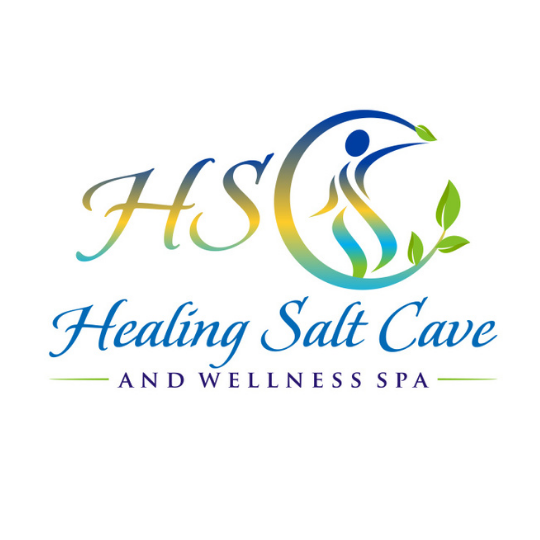 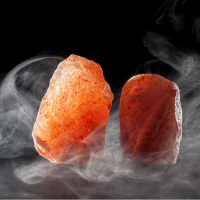 Salt therapy has its origins from the salt mines and caves of Eastern Europe. Modern dry salt therapy has its origins from the salt mines and caves in Europe and Russia. As the workers were mining the salt (through chiseling, grinding and hammering at the salt), micro-sized salt particles were being disbursed into the air. Additionally there were ideal conditions below the Earth’s surface where air pressure and circulation, and humidity and temperature affected the quality of the environment. In this environment, miners were receiving many natural health benefits by breathing in the salt particles. Considering that mining jobs were usually recognized as dangerous to life and health, salt miners seemed to thrive on good health. They rarely had any respiratory issues and also looked younger due to great skin appearance.Upon studying the effects of this phenomena, Dr. Feliks Boczkowski, who was not only a great doctor but also a very smart business man, founded and opened the first health resort facility at the Wieliczka Salt Mine in Poland in 1839. He offered salt baths by utilizing natural brine from underground and mentioned in his book, that staying underground can be even more effective in asthma treatment than inhalations. In 1949, German physician, Dr. K.H. Spannahel, who had observed during WWII that the people who were hiding in salt mines and caves from the bombs had respiratory health benefits. He proposed the creation of the Klyutert cave as an inpatient department to conduct a systematic approach to observe the climatological conditions and confirm the medical effectiveness of underground environments. The results of these studies, along with the teamwork of the Hungarian geologist, Dr. H. Kessler, laid the foundation of modern Speleotherapy, which is a modality utilizing the environmental benefits occurring underground.In 1958, Professor Mieczyslaw Skulimowski became the official physician of the "Wieliczka" Salt Mine and started regular treatment of patients in the salt chambers, initiating a new field of medicine – Subterraneo therapy, also called the Skulimowski method, which refers to underground "salted" environments exclusively.Shortly thereafter, in 1964 the world's first facility of its kind, the underground "Kinga" Allergy Treatment Spa was created in the "Wieliczka" Salt Mine in Poland, then renamed to the "Kinga" Health Resort Hospital, where Professor Skulimowski became its first Director and focused on helping people with mostly respiratory conditions as well as explored other overall health benefits. His methods proved to be successful and spread to neighboring salt mines and caves in Europe as well as to former Soviet Union states. In 1968, the first speleo-hospital was opened in the Solotvyno salt mine in Ukraine. Having the attention from the medical community, the need for more convenient access became a necessity, in order to conduct specific studies and do more specific research. In 1985 in Odessa, Russia, the Institute of Balneology, in collaboration with the salt cavers from Uzhgorod, developed the first Halo therapy device. This was a device that was replicating the grinding and crushing of salt that would disperse the particles into the air. One could say that Halo therapy was “born” in the medical environment, in former Soviet Union. After the fall of the Soviet Union in 1991, the knowledge of the halo technology and established Halo therapy protocols became accessible to the rest of the world. Soon Halo therapy claimed its place in more commercial and wellness settings outside of the USSR in Eastern and Western Europe, Canada, Australia and finally the United States.

There has been lots of science about hypertonic saline solutions in terms of nebulizer treatments, wet salt therapy solutions and saline, so utilizing salt and saline in medical environments is not something that is foreign. This is a dry salt application designed through a delivery mechanism of inhalation, and due to the particle size, it’s able to penetrate the epidermis at the surface level.

Dry salt acts like a sponge attracting foreign substances along its path through the respiratory tract. The dry salt can be imagined behaving like a toothbrush that cleans the respiratory system removing the build-up of foreign elements that cause various respiratory ailments and conditions. Dry salt aerosol is also very hygroscopic. As quickly as it can, it attracts as much moisture as possible. When salt particles are inhaled and deposited on the mucus on the bronchial tree, the mucus is liquefied, which facilitates its easy expectoration. Sputum is loosened and can then be removed by coughing. The obvious advantage of this is that any blocking of the airways caused by the mucus is removed.
Dry salt aerosol also works as a mucokinetic agent and can increase the effectiveness of a cough, either by increasing expiratory cough airflow or by unsticking highly adhesive secretions from the airway walls. Salt stimulates the bronchial self-cleaning mechanism and can, therefore, act as an expectorant. This slight stimulation removes the mucus faster.

The dry salt particles act as an anti-bacterial agent, dissolving bacteria and pollutants lodged in the respiratory tract. These are then either coughed up or naturally expelled by the body.

Dry Salt Therapy and the Skin

The micro-particles of salt also have a beneficial influence to the integument system(skin protective layer) and hairs providing healing and cosmetic effects. This increases activity of skin cell ion channels and activates electrophysiological activity that determines the skin’s protective properties. The dry salt impacts the skin microcirculation and assists cellular membrane activity used in dermatology and cosmetology and enhances their effectiveness.

Halotherapy, also known as dry Salt Therapy is a holistic approach that mimics the micro-climate of a salt cave. Dry salt air is dispersed into an enclosed room through a unique process generated by a halo generator. This type of treatment is an effective way of using salt’s natural antibacterial, anti-inflammatory and super absorbent properties to provide relief for respiratory and skin conditions. Salt also reduces any inflammation and opens airway passages making easier to breathe.

Who Benefits from Dry Salt Therapy

Taking wellness to another level, halotherapy—a.k.a. salt therapy— (Halo is Greek for salt.)

Halotherapy benefits adults and children alike, as well as athletes and animals. It is natural and safe and there are no known side effects. Many people who undergo halotherapy as a complementary treatment on a regular basis may find relief from a variety of respiratory conditions such as:

Dry salt therapy is also extremely beneficial to your skin for:

In addition, dry salt therapy has been shown to reduce:

The best thing about dry salt therapy, however, is that despite the fact that it can be used to help treat the respiratory issues and skin conditions listed above, it can be used by anyone to enhance their overall respiratory hygiene and combat the poor quality of today's indoor and outdoor air.

How many sessions/times a week is necessary?

Halotherapy offers the best results when practiced regularly. The benefits are cumulative where consistency and frequency is the key. People with chronic issues will benefit greatly if visiting salt rooms at least 3-4 times a week. Those who are looking to incorporate Salt Therapy into their regular wellness routine would benefit from a weekly session. Halotherapy is safe to use on a daily basis if desired.

There are a number of contraindications associated with Halotherapy. The following is a list of the most common we come across, but if you have something you are concerned about we definitely recommend you double check with your doctor before scheduling.

Individuals with serious health conditions and pregnant women should seek medical advice from their physician.

There have been a number of clinical studies and research on halotherapy, and, to date, there are no known contraindications otherwise than what has been recommended based on the properties of sodium chloride, as well as in health code situations in public environments, people with any type of:

If you have something you are concerned about we definitely recommend you double check with your physician. And individuals with serious health conditions and pregnant women should seek medical advice from their physician.

Halotherapy requires the highest-quality salt available, which means that the cleanest salt available should be used. All the clinical studies and research for halotherapy involve only using 99.99% pure grade sodium chloride. This salt comes from the earth and seas but goes through a process eliminating and removing all debris and contaminants. It is not processed with any additives or caking agents such as table salts.

Based on an individual's condition and symptoms, this can vary, since like many wellness and health regimens, individuals respond differently. Many individuals will notice a positive effect in just in one session, however, a series of sessions is recommended for optimal results.Some people go two to three times a week for a three to four-week ritual during allergy and cold seasons, some people go twice a week for six to eight weeks for more chronic conditions. Those who go for general wellness, stress relief, and relaxation simply go as often as they like. For best results, a series of treatments is recommended.

How long is a salt cave session?

Each session starts promptly on the hour and lasts for 45 minutes. Visitors should come 10 - 15 minutes early to check in and register.
Sit back and relax in our zero-gravity chairs and enjoy listening to our pre-recorded relaxing music under our twinkling stars.
There is no admittance to the salt cave once a session has started.